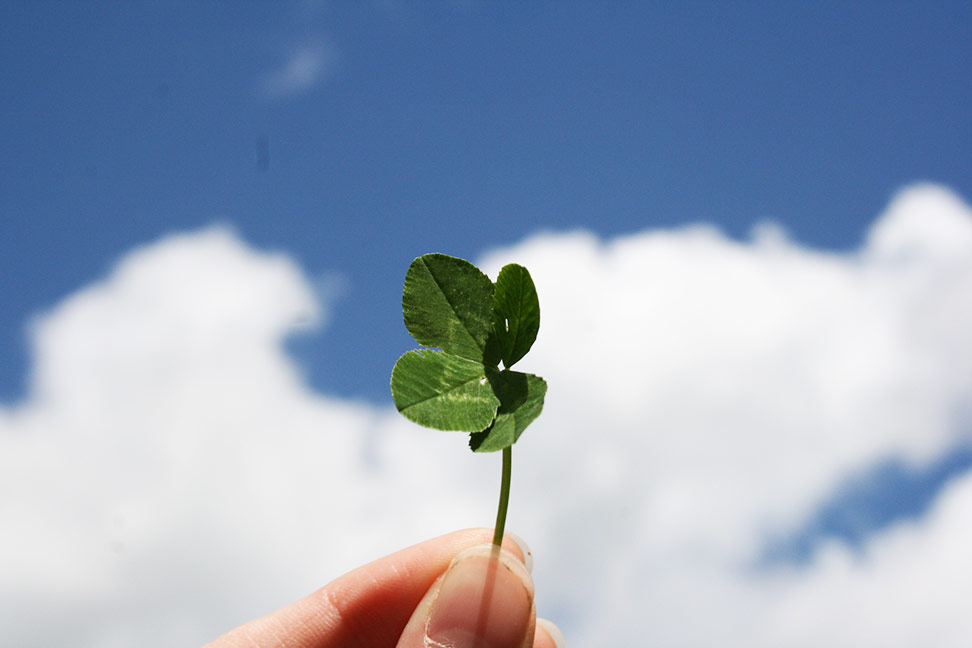 Good luck symbols are a fascinating part of human culture and have been used for centuries as a way to bring positive energy and good fortune. These symbols are believed to possess powers that can protect against negative energy and bring prosperity, health, and happiness to the person who possesses them.

They come in many forms, including natural objects, animals, and man-made items, and are used in various ways, such as talismans, amulets, and charms. In this article, we will explore the history and meanings of some of the most popular good luck symbols from around the world and how they can be used to bring good luck into your life.

Good Luck Symbols From All Over The World

Each luck charm has its own origin, meaning, and form. If you want to extend your knowledge, below are some examples of good luck symbols from a diverse range of cultures.

The four-leaf clover is a traditional symbol of good luck and is believed to bring good fortune to the person who finds one. The four leaves of the clover are also said to represent faith, hope, and love which are all positive and desirable qualities.

Acorns are often seen as a symbol of good luck and prosperity in many cultures. The acorn is the seed of the oak tree, which is a symbol of strength, stability, and longevity. Oak trees are also known for their ability to withstand harsh weather and difficult conditions, making them also a symbol of resilience and perseverance.

The acorn is a small and unassuming object, but it contains the potential for a mighty oak tree to grow. This idea of small beginnings leading to great things is often associated with good luck and success.

Additionally, the horseshoe’s shape may also have been associated with the idea of a “complete” or “whole” unit, which was considered to be lucky. The tradition of hanging a horseshoe above a doorway also comes from the belief that it would trap good luck inside the home or stable.

The elephant is considered a symbol of good luck in Asian cultures such as Hindu, Buddhist, and Chinese. This is because elephants are associated with several positive traits such as intelligence, strength, and longevity. It is a popular choice for statues and figurines, but his trunk should be up.

What’s more, elephants are also associated with royalty and wealth. They were often used by kings and emperors in ancient times and were considered as a symbol of wealth and power.

The origin of their lucky status originally comes from farmers as they are beneficial in terms of controlling pests in gardens and crops.

In modern times, the piggy bank became a symbol of saving money and good luck. It originated from the practice of storing money in a piggy bank made of clay or ceramic, as a way to encourage children to save money and to see their savings grow.

Dream catchers have their origins in Native American culture. The Ojibwe and Chippewa tribes believed that the dream catcher, when hung above a person’s bed, would filter out bad dreams and only allow good dreams to pass through. The good dreams would then slide down the feathers to the sleeper, while the bad dreams would get trapped in the web and dissipate with the morning sun.

In Asian culture, bamboo plants are considered very lucky according to Feng Shui rules. To bring some positive energy, the bamboo plant should be placed in the east or southeast corner of the house.

In addition, bamboo is also a symbol of longevity and it is said that it will survive for a hundred years. It is able to bend and sway in the wind without breaking. This symbolizes the ability to adapt to difficult situations and persevere through adversity, which is considered to bring good luck.

Keys represent the idea of unlocking and opening new doors and opportunities. Throughout history, keys have been used to symbolize power, authority, access, and even love. A key gifted by one lover to another is seen as a symbol of accessing the person’s heart. It is believed that the person who gives the key is lucky in love.

It’s a Christmas tradition coming from Poland to serve a carp. Once they finish their meal, they collect the carp scales and store them in their wallets as a symbol of good luck. They retain the scales until the next Christmas. That practice is also followed in the Slovakia and Czech Republic.

The Cornicello, also known as the “little horn” in Italian, is a symbol of good luck that originated in Southern Italy. It is a small, twisted horn-shaped charm that is usually made of gold or red coral.

It has been used since ancient times to ward off the evil eye. Nowadays, it is worn by nursing mothers, pregnant women, and those looking to maintain happiness in their marriages. The belief is that the evil eye can affect marriages and relationships, and Cornicello serves as a powerful talisman to protect against such negative energy.

The figure of Laughing Buddha is also known as the “Happy Buddha” or “Fat Buddha”. That statue is based on a Zen monk named Budai, who lived in China during the 10th century and was known for his jolly and generous nature. He is depicted as a rotund, bald man with a broad smile and a large belly. Some people say that if you rub his belly before an important meeting, you’ll be sure to get the deal.

Also known as foo dogs, these majestic statues are popular in Chinese culture. They are meant to be placed in pairs at the entrance of someone’s home. They are believed to bring power and protection to the person who possesses them.

The scarab beetle has been an important element of Egyptian culture for centuries. It was associated with the god Khepri, who was responsible for creating new life and pushing the sun across the sky, which is a metaphor for the cycle of life, death, and rebirth.

Additionally, scarabs were also popular amulets, which were worn as a charm to bring good luck and protection. They were often made of precious stones and metals and were worn around the neck, in the hair, or on a ring.

The number 7 has long been considered a symbol of luck, with roots tracing back to various cultures and traditions. One reason for this is that the number 7 is often associated with perfection and completeness. Whether you get that digit on a license plate or in a phone number, you may consider yourself blessed.

Good luck symbols are often used as a way to bring positive energy and good fortune to a person’s life. For example, good luck in a job interview may lead to a job offer, while good luck in a lottery may lead to financial gain. It can also lead to unforeseen opportunities and experiences that can enrich a person’s life. Additionally, the belief in good luck can provide a sense of hope and positivity, which can be beneficial for a person’s mental well-being.